Reasons to break from the ideals that a dog door equals a happy dog, and in fact can be harmful (and deadly) for your dog.

I will tell everyone I know, my dogs are only outside when we are home (and usually just to go to the bathroom), and I DESPISE dog doors. I do not deny applications because of them, but I cringe and my heart grows black with each one (too late to save my heart now).  My dogs are crate trained and this provides a happy and safe environment for dogs. Is it a pain in the butt to not have a dog door, to get up and let the dogs out and then 5 minutes later let them back in? Yes.  But my doing this also means that I get to ensure my dogs are safe, at home, where they belong. The longer I do rescue, the more adamant I am about this fact because it is crazy the things I see and have experienced. I am amazed, however, when I read applications from people wanting a new dog, their last one got hit by a car, the one before that got spooked in a storm and jumped the fence, and then one stolen and NEVER considered keeping their dogs indoors. Clearly, we believe our pets are family so we will not adopt to people who do not understand the simple way to stop losing their animals. For those of you who are not convinced you should keep your dogs indoors, here are some reasons that might make you reconsider and some other reasons that might make you change your mind about crate training. If this doesn’t work, read the postings on Craigslist for lost dogs, and you will see I am not making this up. 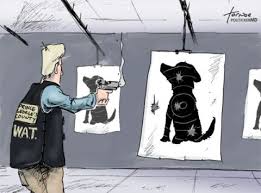 Sadly, we are seeing it more and more, police need to go into someone’s yard where their dog is doing what it supposed to do and gets killed by police. Stories across the nation are popping up on an entirely too regular of basis. Articles and websites state that every 98 minutes in this country, police officers are shooting dogs, there is a documentary being made called Puppycide to document this real growing threat..  If you haven’t seen the stories, check out the Dogs Shot by Police Facebook Page to see some of these stories  While I support our police and expect them to protect themselves, sadly common sense in regards to animals is not always the main concern. They are so focused on the task at hand, that problem solving skills when they go into a yard looking for a missing child or a suspect goes out the window. Your dogs are safe from puppycide in their crates in the house. Recently, one of the dogs adopted from us tragically died after getting stung by a bee. Just another reminder that being outside, where there are snakes, spiders, and even bees, can be poisonous to your dog. If you are not there to take immediate action, it is very likely they can die. Even something as simple as heat or cold can kill your pet especially with certain breeds that cannot handle heat or cold. A few weeks ago a woman I used to work with contacted me because her Boston Terrier had heat stroke. She did not take him to the vet and he died. I could do nothing but shake my head, because anyone with a brachiocephalic (short faced) breed should know that they cannot tolerate heat. Sadly, putting a dog in charge of knowing this, is simply like expecting a 7 year old to know it is a bad thing to get into a dryer and have someone turn it on (ok that might explain a little about me). In a temperature controlled house, there are few risks of these things affecting your beloved companion. 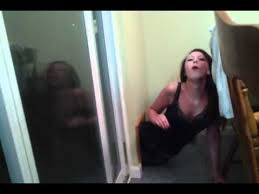 This is the thing I have to explain to people, your dog is outside, it barks. The barking annoys neighbors; the neighbors get frustrated and this process can often end with awful outcomes. I have a friend whose 2 year old Pit Bull mysteriously died in the backyard one day. The neighbor didn’t like the breed so poisoning her was easy enough. Another volunteer I used to have had a dog door. I was constantly telling her to get rid of the dog door, her basset would go outside and do what they do, bay. The neighbor hated it and one day opened the gate and let the dog out. After a short search he was found, lying dead on a nearby road after getting hit by a car. She finally got rid of the dog door but learned the lesson the hard way. And just recently, a fellow rescuer had someone throw the contraptions made of brads over her fence, one of the dogs ate them cutting up his stomach, he did not die, but it cost thousands to save him. I simply don’t trust my dogs to be safe when I am not home. My dogs are indoor dogs, but it is AMAZING how quickly they can get out if they feel compelled. Once my dog jumped out of a window, through the screen, to get a squirrel that was tormenting him. When it scurried off, he realized he shouldn’t be in the front yard (nor could he jump back in the window), so he decided to get in the backyard. He busted through the fence like the kool-aid man (oh yeah!)… sadly he is not as smart as I would like him to be and actually busted through the neighbors fence. So he waited for me to come back from a quick walk with a dog about 10 minutes later to get in. This same 80 pound dog with a huge head, crawled under a fence where the bottom part of the board broke. So he got all 80 pounds out of a 4”X 8” gap. If he can do it, so can yours. It took about 4 minutes for a Chihuahua foster to dig under a fence to escape, good thing I was home to notice it and tracked her down immediately. We see dogs jump fence, dig under them, and escape them in all sorts of ways (especially if scared or unaltered and wanting to breed). 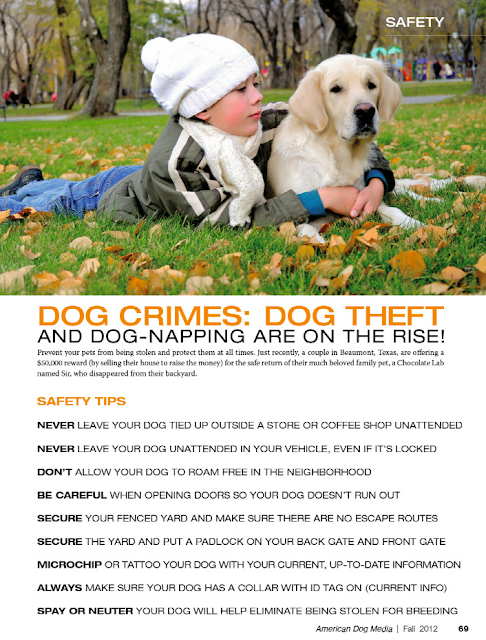 Do you have an awesome dog? Do you think other people won’t think “Gee, I want that awesome dog!” and take him? We see dogs stolen all the time. What are they used for? This article on Petfinder lists some of the reasons, but I warn you to not read it as it is depressing! Usually they are to sell, but sometimes it is much more nefarious than that!  One thing for sure, every article out there will cite the #1 way to keep your dogs safe is to keep them indoors.

Keep your dogs indoors, and better yet, crate train your dogs for their safety, your sanity and everyone’s happiness.